The Arcturus books are more than a series of historical mysteries or a group of hard-boiled tales.

They’re the story of a man’s life.

Doctor and problem-solver. Roman and native. Soldier and healer.

Arcturus lives a contradiction, a man caught between worlds he understands, but can’t belong to. He does what he can for them. But ultimately he belongs to himself.

Join him on his journeys. There’ll be a few detours.

“Roman Noir” is a play on words and a description of the Arcturus series. “Roman noir” in French means a detective story. “Roman Noir” to me means a way of telling historical stories in a way that will hopefully educate the reader and entertain her.

See, history itself is never absolute. And ancient history is an act of deliberate translation. The historian is ultimately a combination of detective and story-teller, shifting through evidence, questioning the reliability of the evidence, and then compiling it into a narrative. That’s the translation part. They have to convey a story, interpreting and transforming contradictory primary sources and taciturn material culture into a best guess. Every historian interprets history subjectively.

Scholars who spend their time in ancient Greece or Rome face centuries of research, interpretation and emotional investment in these cultures. They not only must weigh the evidence, they must weigh the hundreds of years of scholarship, opinion and outright ownership behind much of it. These ancient cultures shaped the modern world, and political entities from America’s Founding Fathers to Mussolini have appropriated them.

Combine this with the fact that most primary sources are written by aristocratic men and most material culture is wide-open to interpretation, and you can begin to see how fluid and subjective history really is.

To me, a hardboiled vernacular is a natural and accurate way to convey the humanity that was Roman culture two millennia ago. Humanity hasn’t changed much, and, just as there were gangsters and grifters in Chandler’s Los Angeles, there were grifters and gangsters in Arcturus’ Londinium. 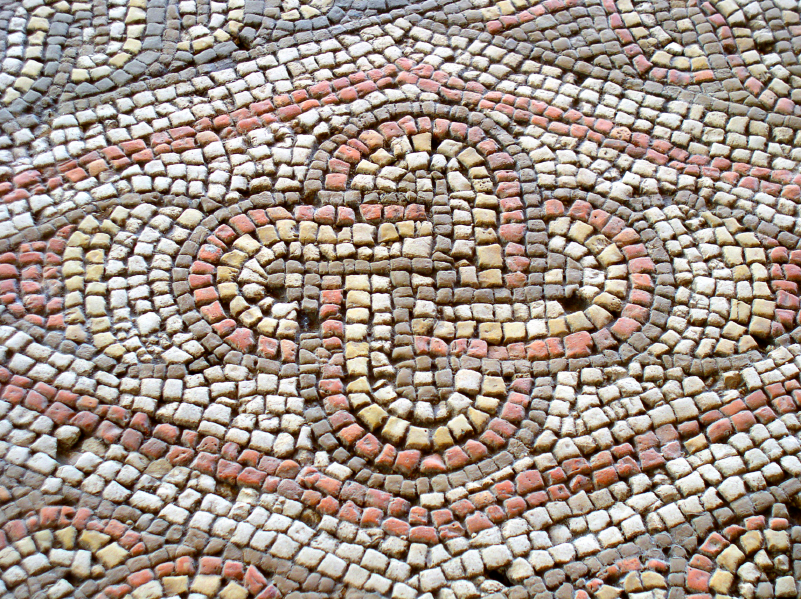 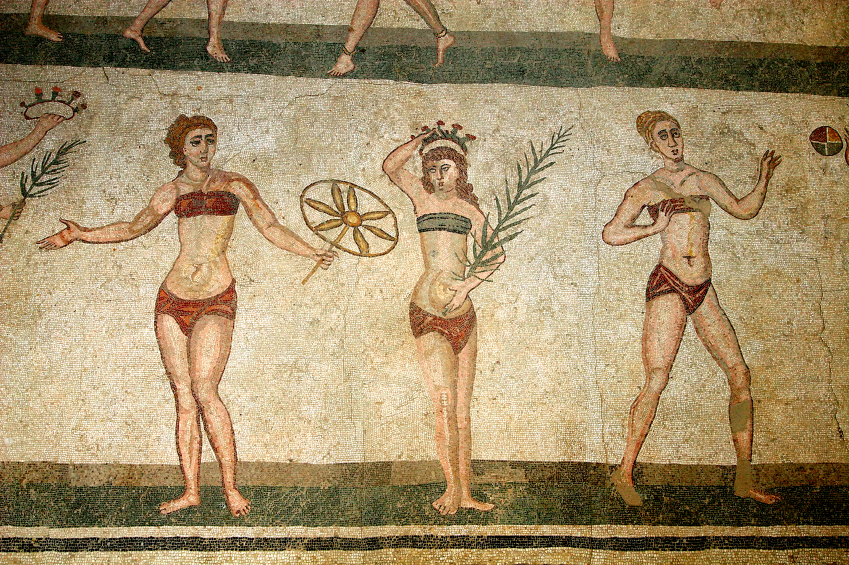 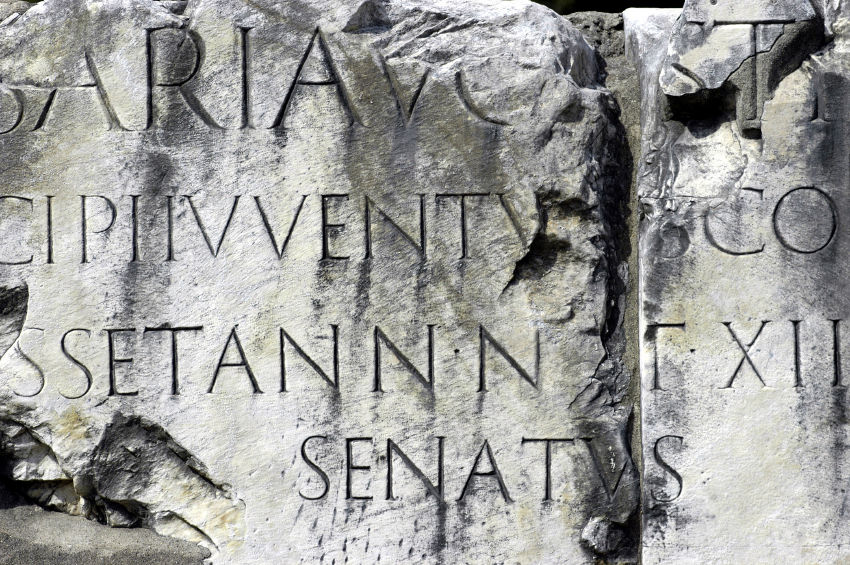 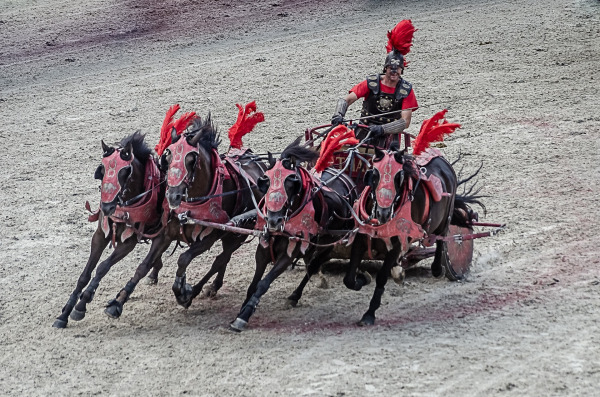 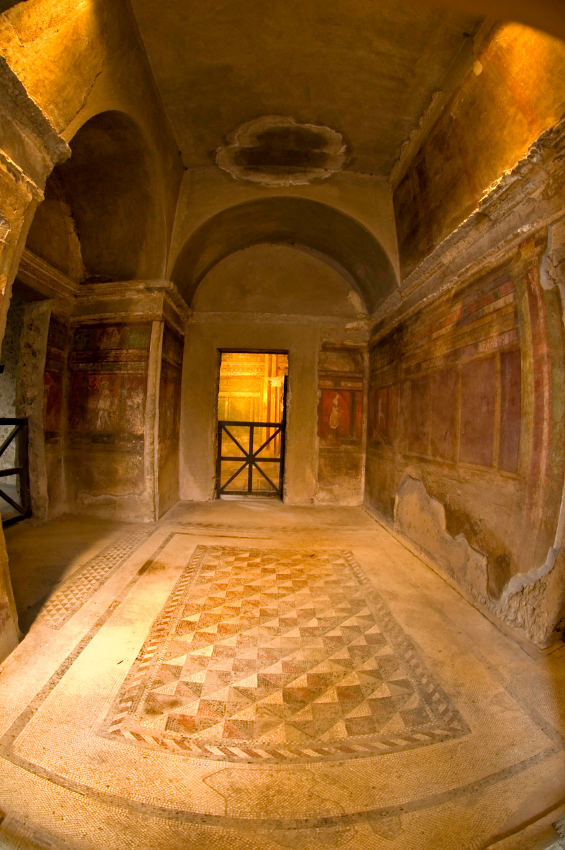 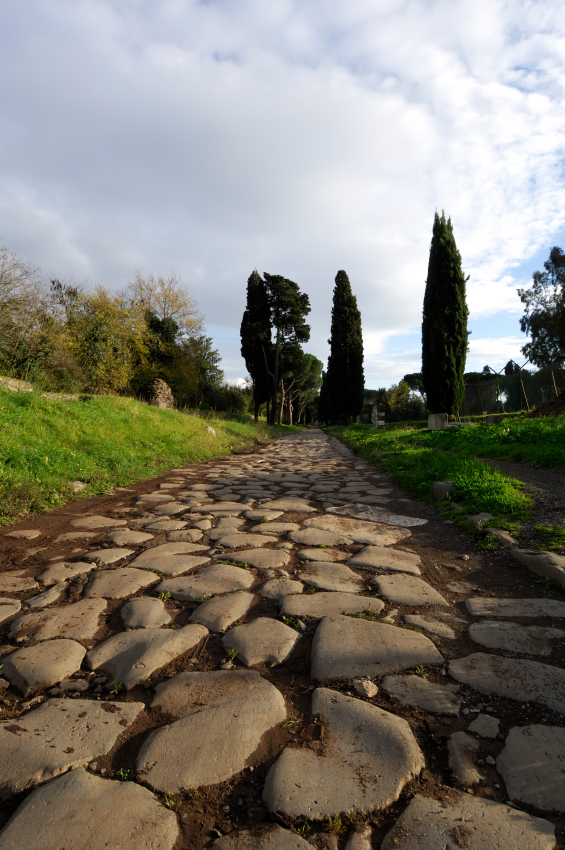 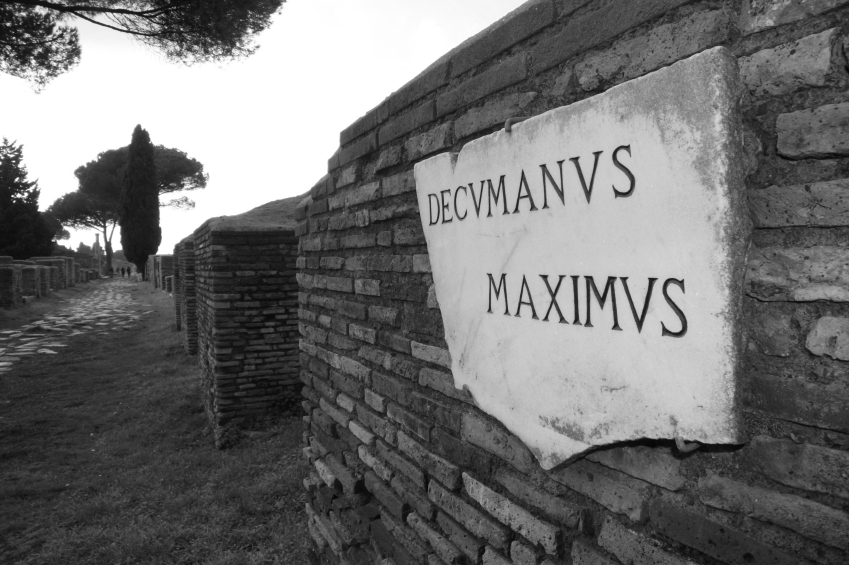 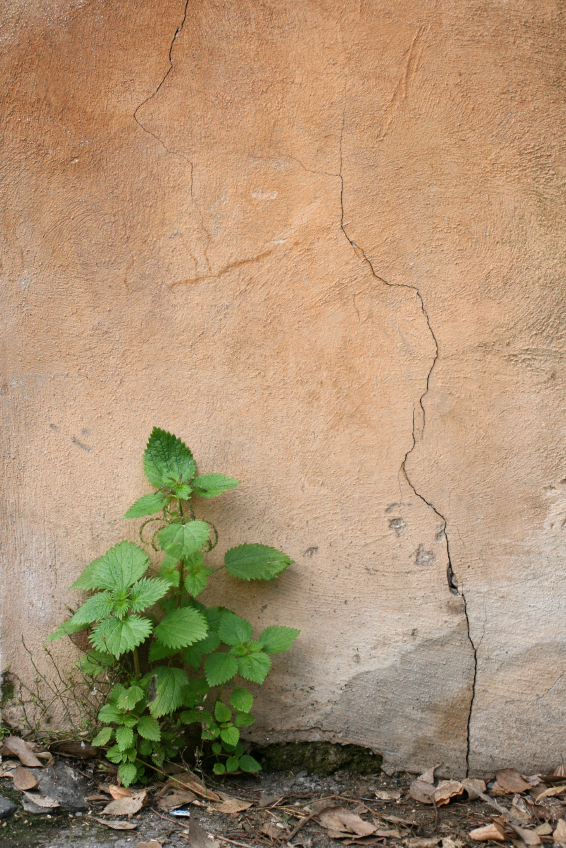 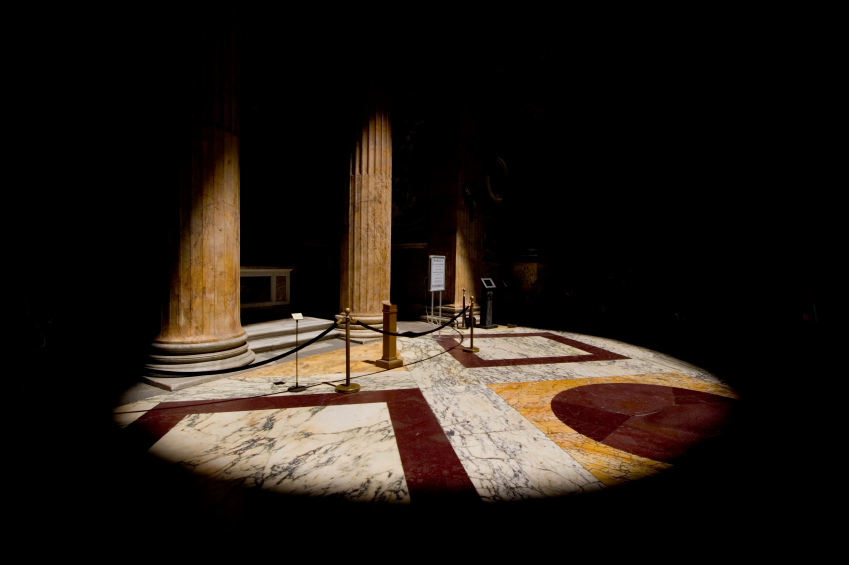 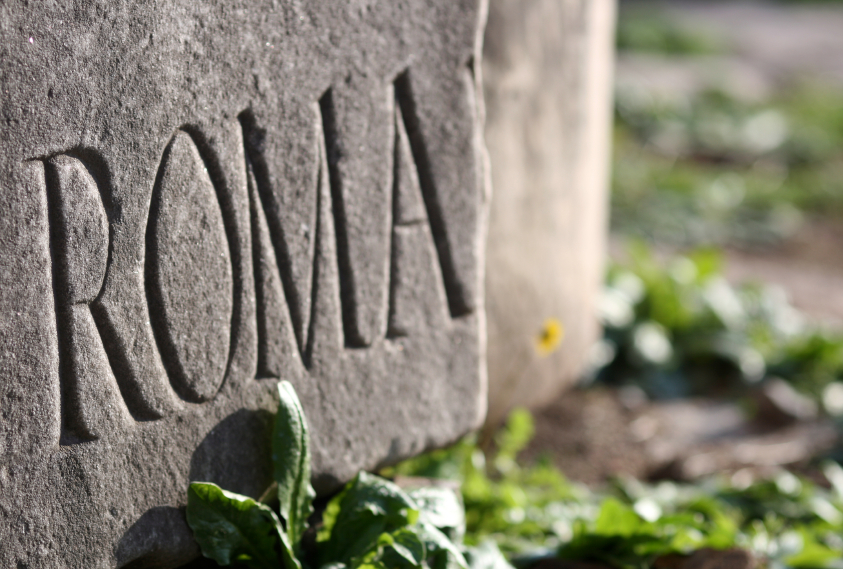 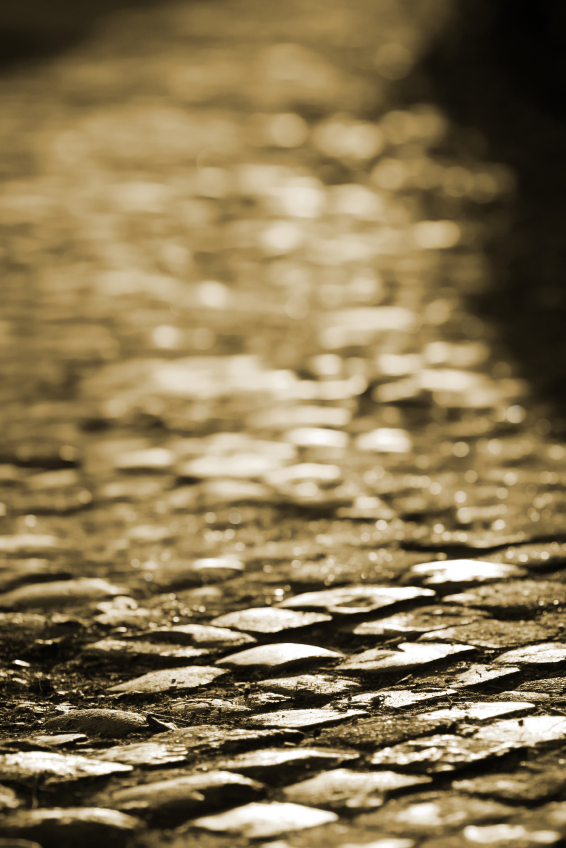 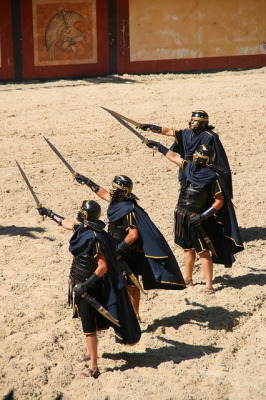 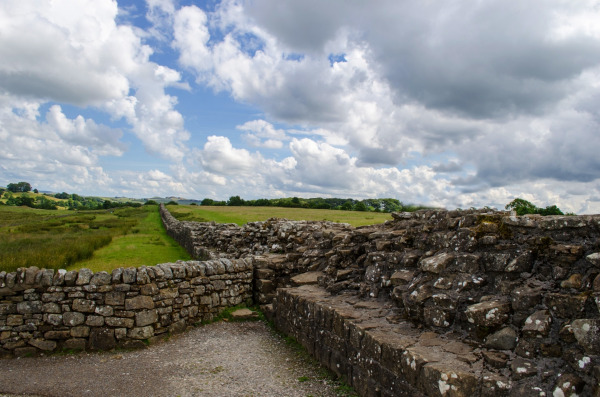 My Rome—my Roman Britain—is not everyone’s Roman Britain. But it is based on my interpretation of primary texts, inscriptions, artifacts, and reliable secondary sources. I’m a classicist by training—and I’m proud of it.

I hope you enjoy Roman Noir. It’s equal parts a vernacular that you are familiar with from modern classics like Hammett, Chandler and their slews of imitators, some great, some not-so-great, as well as the hardboiled dialog from early ’30s gangster films and later legendary film noir, mixed with authentic and deeply researched facts about Roman and Romano-British life.

Welcome to Roman Noir. I hope you enjoy it.

49/802
Camulodunum founded. Marcus Favonius Facilis, a veteran centurion of the XX Legion, settles in the colony. He marries Cairenn, a Trinovantian woman.

51/804
British rebel Caratacus defeated; he is pardoned by Claudius.

60/813
Cairenn killed by natives during sack of Camulodunum.

60/813, spring
Classicianus reports disastrous effects of Paulinus’ cruelty to Nero in Rome; Arcturus sees the capital for the first time.

61/814, spring
Nero sets up commission of inquiry under Polyclitus. Classicianus and Arcturus return to Londinium.

68/821
Arcturus falls in love with Curatis Dionysia and becomes involved in a murder case. Felix sends him back to Britannia. Agricola is praetor in Rome.

78-84/831-837
Agricola is governor of Britannia. Arcturus is appointed to the praetorium, the governor’s headquarter’s staff, as personal physician. He travels with the governor on campaign; lives in Londinium during winter months.

83/836, summer
Agricola advances north. A mutiny of the Usipi breaks out.

84/837, autumn
Battle of Mons Graupius; Acturus quits the army.
The events of THE CURSE-MAKER.

THE CURSE-MAKER takes place in Aquae Sulis (Waters of Sulis) and the surrounding lead-rich hills. You’ll know the city better as Bath, made famous by Georgian sophistication and Jane Austen,  who wasn’t a particular fan of the place. I like to think that perhaps Jane discovered some of the dark secrets behind the hot spring baths …

Arcturus spends time at the famous baths, of course, as well as at various villas and homes, a haunted mine, a cemetery (in the middle of the night), and an inn even worse than Lupo’s back home.

The action of NOX DORMIENDA takes place in two urbes and the countryside between them: Londinium and Camulodunum. Today, they’re known as London and Colchester. In London, the scenes range from the governor’s palace to a particularly vile house of prostitution (Lupo’s). You’ll also come across a Temple of Isis, an underground mithraeum and the nearby military fort, along with a few other spots not on the tourist route in 786 a.u.c., as the Romans reckoned it.

A convivium is a Roman dinner party. It’s also a little tale from Arcturus’ past, taking place approximately five years earlier than the events of THE CURSE-MAKER. It’s a morsel of hardboiled, a terse but tasty hors d’oeuvre to whet your appetite.

“Convivium”was Kelli’s first published work and originally appeared in the wonderful e-zine Hardluck Stories, which is, sadly, no longer with us. “Convivium” was nominated for a Spinetingler Award in 2008 and also appeared in the collection.

Previously a free premium for signing up for Kelli’s newsletter, watch the home page for information on the story’s upcoming availability.

Rome was more than a city, more than an Empire. It was a cultural and political force that anyone— from anywhere— could potentially join.

Claudius was the first Emperor not born on Italian soil. Only a century before, Julius Caesar had warred against the Gauls in the land of Claudius’ birth.

From Bithynia to Baetica, from Numidia to Narbonensis, you, too, could be a Roman—if you played it right.

You could join the auxiliary. Buy your citizenship. Get lucky and be born in a province or live in a colony or town that had citizenship granted to it. Or, if a slave, you could try to earn your freedom—freedmen were citizens.

But you didn’t even need citizenship, though the rights it granted were significant. You could still adopt Roman ways: learn Latin. Take a bath. Pay your taxes. Worship the gods.

The Romans in Britannia were men and women from all over the Empire. Some were citizens, some weren’t. Many were in the Legions, others in the Auxiliaries, hoping to gain their citizenship before falling in battle. Merchants, traders, investors, bankers, craftsmen, artists—they came from everywhere, drawn to the opportunity of a wide-open province with not much central control.

The slaves didn’t have a choice as to where they went. If they were educated or talented, they stood a better chance of getting freed. There was a good amount of social mobility on all levels. And they came, like the others, from everywhere.

If you were on the social whirl, you could dine with a Roman legate from Hispania and chat with a woman from Mauretania on the next couch. Your patron could be from Gaul and your client from Sicilia.

Britannia, like any other part of the Empire, was a very cosmopolitan place.

Just mind what you say about Domitian.